Presbyter Brendan Fitzgerald said the Gaelic Mass at St. Barnabas in the Bronx

On Saturday September 12, 2020, the Ancient Order of Hibernians and other Irish communities and organizations hosted their annual Irish language Mass at St. Barnabas Church in the Bronx. The “Mass” was celebrated by presbyter Brendan Fitzgerald and streamed across the country and in Ireland on the St. Barnabas Parish Facebook Page.

A press release of the event stated:

Dedicated to those who kept Irish language

and culture alive, the Irish Mass takes on

added meaning this year for an Irish

community overcoming Covid in the spirit

our ancestors overcame being denied [the]

The response to the event was quite enthusiastic as expressed by the Bronx County Ancient Order of Hibernians, President Martin Galvin:

The Irish language is an important

and indestructible part of our Irish

Irish heritage than an Irish Mass

embodying all of these themes.

There has been a great response from

musicians and individuals who would

just like to hear the Mass said in the

language of our ancestors.

While the “Irish Mass” may have been a success for its organizers and participants, it shows the ignorance of many contemporary Irishmen about their country’s history and its religion and explains why the Faith has sunk to such a low level on the Emerald Island.

Apparently, Mr. Galvin does not know it, but the Irish ancestors which he thinks he is honoring did not celebrate the Mass in the Irish language, but in LATIN!  While the Irish language is an important and integral part of the country’s history, it pales in comparison to what the Mass and Sacraments did for the Irish.  The Mass of Western Christendom, which Ireland is an important part, is the Roman Rite, the language of which is Latin.

While it is all well and good, and certainly necessary, to keep alive a people’s heritage and language, especially in these times where the Occidental peoples’ symbols, statutes, and reminders of the past are being systematically destroyed by neo-Marxists all over the globe, it is an abomination to celebrate the Holy Sacrifice of the Mass in a vernacular/pagan tongue – a blasphemy long condemned by the Church.

Since the wretched Second Vatican Council and the promulgation of the Novus Ordo Mass by Paul VI, Masses in the vernacular tongues are now the norm. While the celebration of an “Irish language Mass” is supposed to commemorate the nation’s heritage, Mr. Galvin’s ancestors would be horrified at such a display.

Latin was the great unifier of Christendom. As the universal language, it bonded different peoples and cultures together not only in religious practices, but in secular matters. The eclipse of Latin led, in part, to the breakup of Christendom and the rise of national rivalries and warfare. 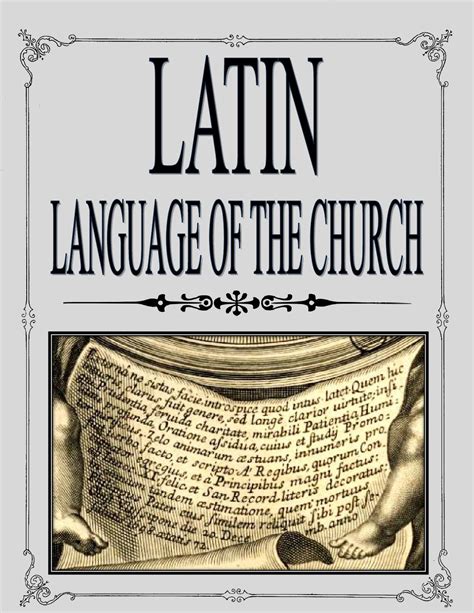 All of the saints, doctors and theologians, including Irish ones, spoke of the importance of retaining Latin as the language of the Church. They keenly understood that translations no matter how faithful contain errors and change meanings of the original texts.

Volumes could be cited by Catholic Churchmen insisting on the necessity of Latin for the preservation of the Faith, a few will suffice:

For the Church, precisely because it embraces

all nations and is destined to endure until the

end of time … OF ITS VERY NATURE requires

a language that is universal, immutable, and

The day the Church abandons her universal

tongue [Latin] is the day before she returns to

The use of the Latin language prevailing in

a great part of the Church affords at once

safeguard against the corruptions of true